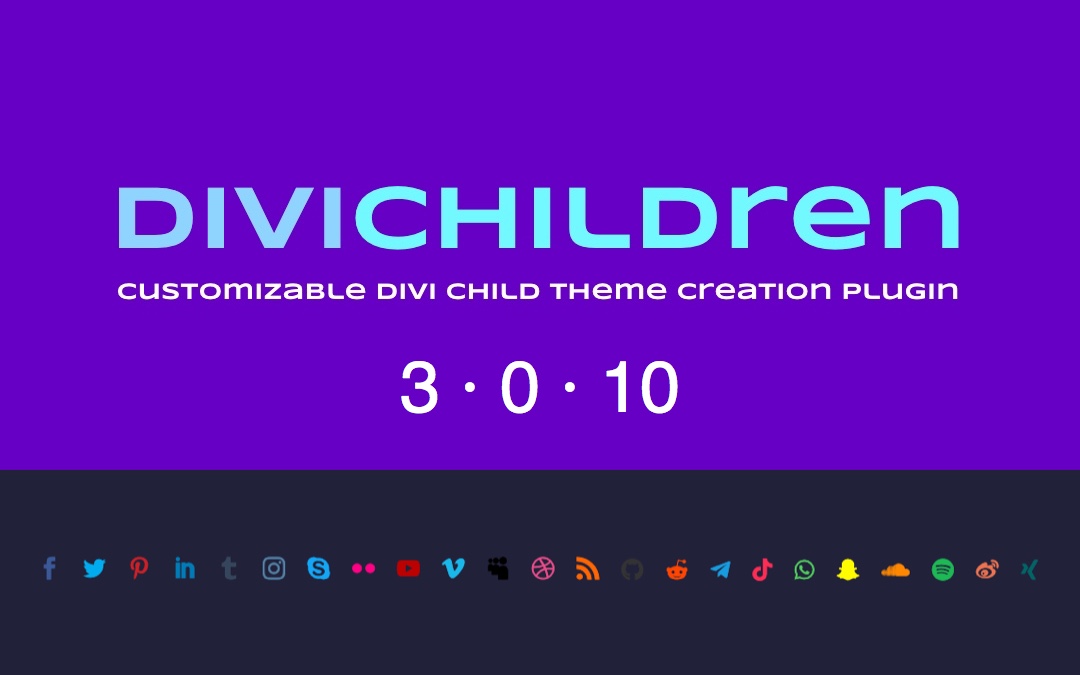 It´s been quite a while since I released the last Divi Children update, hasn´t it? Well, for most of you it´s been a while since you last heard from me as well. But some of you know did hear from me during this interim: those of you who reached out to me with one or another issue related to your child themes created by the Divi Children plugin, and whose problems I helped to solve (or at least tried to help).

At the beginning I was reluctant to improve my Divi Children plugin for a number of reasons, the most important of them being that some of the beautiful customization features of the child themes created by Divi Children were finally being included in Divi. Remember for example that when I released Divi Children 3.0 there was still no easy way to customize your Divi posts, not to mention their layout. It still took not months but years to have such features included in native Divi.

No developer likes the task of removing features that took a lot of time, commitment and even love to develop, when those features become available somewhere else.

But, after seeing how some Divi Children users were having issues with their child themes, I thought I should finally release un update that took care of those issues, even though I didn´t include any new feature. What´s more, I decided not to remove any of the features currently available in Divi Children, either.

Then I realized that, although my main motivation to work on this update was to keep all those thousands of child themes created by Divi Children working without problems out there, I still considered Divi Children a very useful and nice plugin. Going through all of its sections and customization options and settings to make sure everything worked alright before releasing this update, I found that using Divi Children still makes a lot of sense.

So, besides fixing bugs as well as PHP and Divi compatibility issues, I finally incuded some improvements as well. I kept the version number for this new update as 3.0.10 anyway (instead of, for example, 3.1.0, which I guess it should have been the case), because it was originally intended just to help users in keeping their child themes created by earlier versions working. That was the most important goal for me, so I stuck to the original 3.0.10 version number I had assigned to this update project.

What is included in this release?

You can check the Divi Children Changelog to see all the changes included in the new 3.0.10 update.

Everything has been tested on a live test site, with the installation updated up to the following versions:

Regarding new features, I decided to take advantage of the “Big Divi Icon Update“ introduced by Elegant Themes a few months ago, back in November 2021. So, from now on, the child themes created by Divi Children can also make use of FontAwesome for the social icons. As it happens with Divi, I introduced some code to make sure that, for the sake of your website’s performance, FontAwesome icon fonts will not be loaded unless you use at least one FontAwesome icon.

Then I added the following social networks to the social icons readily available to be easily displayed on your Divi header or footer:

I might be adding some more social networks to those listed above, depending of how welcome those are or on how demanded other networks will become.

I also removed the old Google+ icon from the available social icons list to choose from.

How to update your child themes

Once you have Divi Children 3.0.10 active in your site, go to Appearance > Divi Children and then choose the Update Child Theme tab:

You just need to select the child theme to update (in case you have more than one on that site), and hit the Check/Update button. Divi Children will then automatically update the Divi Children Engine installed in your child theme, and you are ready to go. The plugin will inform you about the successful update, like this:

Your feedback is important

Most of the fixes included in this release would not have been possible without your feedback. Please keep me informed about any possible issue you might run into.

But not all installations and cases are similar, and some times I´m not able to reproduce the issues some of you report. Plus, just reporting issues is not enough for me to know how to solve them, and many times I need a little more interaction. Believe or not, some users for whom I sent directions about solving an issue (or even a fixed version of a PHP file, for instance), never got back to me to let me know whether the fix worked for them or not.

The new Divi Children 3.0.10 update is already available for download, so go ahead and get it to update your existing Divi child theme (or to create a new one).